Salah Abdeslam, Suspect in Paris Attacks, Is Extradited to France

French and Belgian officials react to the decision to move Salah Abdeslam, accused of involvement in the November 2015 terror attacks, to a prison in the Paris region where the attacks were carried out.

PARIS — Salah Abdeslam, thought to be the only direct participant in November’s Paris attacks to have survived, was handed over to France by Belgium on Wednesday, prosecutors in both countries said.

He was later charged in a French court with murder connected to terrorism, participation in a terrorist conspiracy and possession of weapons and explosives, the Paris prosecutor’s office announced.

Mr. Abdeslam, who is also believed to be connected to the attacks in Brussels last month, was the subject of a European arrest warrant, which simplified the extradition between the two European Union countries.

“Within the framework of the Paris attacks of the 13th of November 2015, Salah Abdeslam has been surrendered to the French authorities this morning,” the Belgian federal prosecutor’s office said in a statement.

Frank Berton, Mr. Abdeslam’s French lawyer, said he had been brought to France under heavy escort by a helicopter from the high-security prison where he was being detained, in Beveren, Belgium. 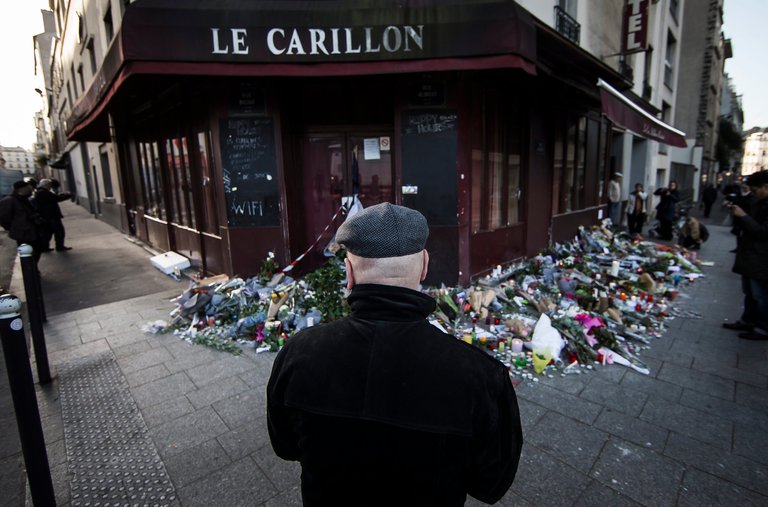 The prolonged search for Mr. Abdeslam, believed to have driven the car that carried terrorists to Paris, generated intense criticism of Belgian authorities.

The French justice minister, Jean-Jacques Urvoas, said after a cabinet meeting that Mr. Abdeslam would be held in isolation in a prison in the Paris region.

Mr. Abdeslam, 26, is believed to have been part of a team of 10 Islamic State operatives who carried out a series of shootings and suicide bombings in Paris, and in the northern suburb of St.-Denis, on the evening of Nov. 13, killing 130 people and wounding more than 400.

A French citizen of Moroccan ancestry who lived in Belgium, Mr. Abdeslam fled Paris for Brussels in the early hours of Nov. 14. He was the target of a four-month international manhunt before he was arrested on March 18 in the Molenbeek neighborhood of Brussels, his hometown. 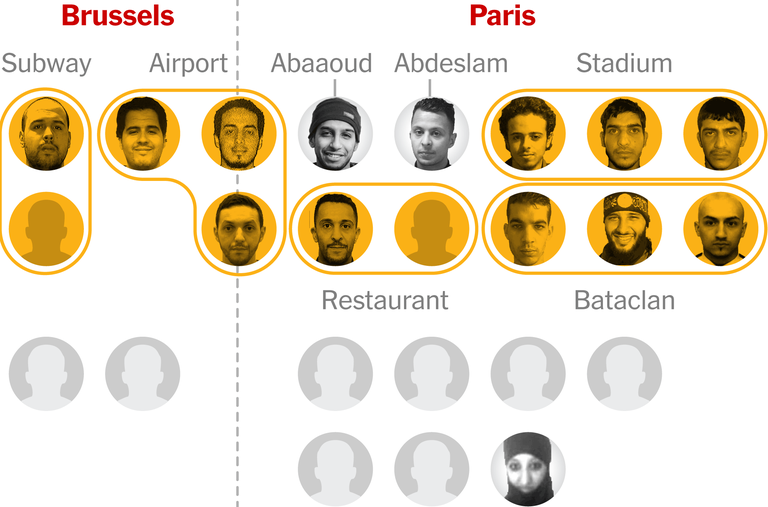 Uncovering the Links Between the Brussels and Paris Attackers

At least two of the attackers are believed to have had roles in both plots.

Mr. Abdeslam ran a bar there with his brother Ibrahim, who detonated a suicide vest in the Comptoir Voltaire cafe in central Paris on Nov. 13.

French and Belgian investigators have found evidence suggesting that Mr. Abdeslam was heavily involved in preparations for the Paris attacks. He rented cars and at least one safe house, bought material used in explosives and drove across Europe to pick up other suspects.

But Mr. Abdeslam’s exact role on the night of the attacks is still unclear. Experts have questioned how valuable he will be to investigators in France, though the French authorities and families of the victims have expressed relief that a surviving participant in the attacks will stand trial.

He is suspected of driving three suicide bombers to the Stade de France soccer stadium in St.-Denis, and investigators are still trying to establish whether he had intended to carry out another attack.

Shortly after his arrest, Mr. Abdeslam told investigators that he had “backed out” of carrying out a suicide bombing against the Stade de France.

Mr. Berton said Tuesday said that Mr. Abdeslam had to be judged “for what he has done and not for what he represents, because he is the last survivor and some would blame him for deeds and actions that are not his.”

In an interview with the French newspaper Libération, Sven Mary, Mr. Abdeslam’s lawyer in Belgium, was more disparaging, characterizing his client as a “little jerk from Molenbeek” and as a petty criminal.

Macron Takes a Risk in Courting Trump, but Has Little to Show for It

Vintage Plane Crashes in Switzerland, Killing All 20 on Board